I’ve been running for several years now, and one of the biggest things that keeps me engaged (especially early on, but also now) is being able to track everything about my running. To that end, I’ve had a running watch, and I overwhelmingly almost always run with it. Initially, I had a Garmin Forerunner 405, which I replaced with a Forerunner 610. I’ve recently upgraded to an Apple Watch LTE.

So far, I’m really enjoying it. It’s really nice to not carry a phone around (either when running, or just at other times), and although I never really minded a chest heart-rate strap, it’s very liberating not to be wearing one.

I have found a few things that are not quite how I would like them:

However, the things that I really like are tipping me overwhelmingly in favour:

Interestingly, I don’t think I’ve made a phone call from my watch yet. I don’t make that many phone calls to begin with (and most of them are actually when I’m in my car).

Please send me the battery that you said you would. I’m not really liking when I see this: 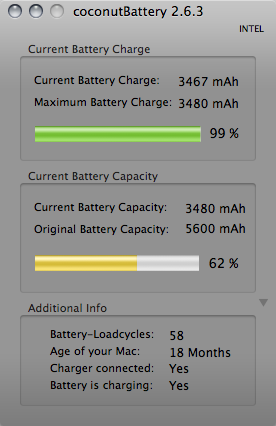 That’s not much fun at all.