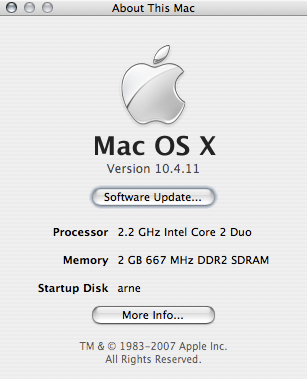 Don’t ever, ever, pop up a dialog box notifying that the update server could not be reached on an automatic update.

Perian decoders, when installed, keep trying every couple of minutes (if the pref is selected) to reach the update server and see if the version that is running is the current one. Now, I am without ‘net at the moment, since I’ve gone over quota at work, and I keep getting dialog boxes saying that the update server cannot be reached.

Now, I wouldn’t mind having automatic updates, but since I am not always connected to the ‘net, I can’t have them on. As the repeated dialog boxes are driving me mental.