My RSS feed reader this morning was graced by a fantastic article over on a new addition to my feeds list: Terminally Incoherent.

They don’t need to split it into a trilogy like Lucas did. They can do it in one movie if they can and want to. The aim is to still keep it somewhat the spirit of the Classic continuity but the Vader parts ought to be darker and more serious for obvious reasons. Make sure that R2D2, C3PO, Chewbacka and Fett family do not appear in this movie at all.

That’s all of a teaser I will provide. Please, go and read it in it’s full glory.[]2

Vector Magic desktop edition is now available. It can convert bitmap images into vector images, with fairly impressive results. You can tweak the settings throughout, and it’s a useful tool if you need to do this sort of thing. Much easier than hand-tracing scans of logos and the like!

Here’s one I prepared earlier. I think I’ll tweak the right eye, but otherwise it looks pretty good. It’s much easier to make the background transparent if you don’t have to worry about anti-aliasing, too. 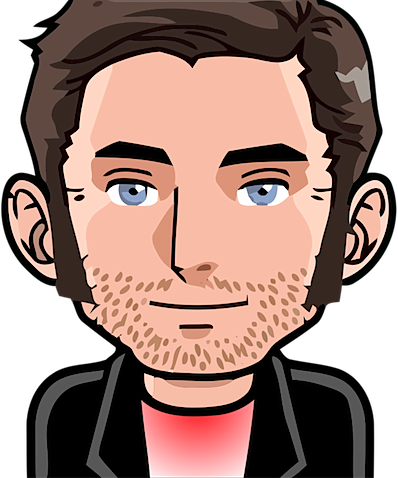 For reference, here is the original image, scaled to about the same size. Pixellated, a bit!

Now that I’ve got my laptop back, and it’s all working fine, it occurred to me that for some time (maybe forever?) I had been getting a 0°C temperature reading when trying to see the temperature of the graphics related sensors.

I fired up TemperatureMonitor, and sure enough, it’s now got values in there.

I suspect this is the first sign that the graphics chip is on it’s way out.

My laptop hasn’t been much of one lately. The screen (or perhaps the inverter) seems to be on the way out, and I lose picture from time to time. What it is outputting is fine on the external display, but it’s like the backlight is on (I can change the brightness, and see the “black” of the LCD change), but noone is home.

I was tempted to take it in for repairs, but then tonight opened the lid again (I’ve been running with it closed), and the picture came back.

I’m thinking I might crack it open and check that the cables are all connected. I don’t fancy paying $75 for some monkey to do just that…

Update: Apple has announced these models are eligible for free repair, even if out of warranty.

From one perspective, anyway.

I’ve just returned from a week in Melbourne for the 15th Australian University Games. It’s probably one of the more memorable weeks I have had in recent years. It would at least be up there with the 1992 National Mathematics Summer School.

I’ve called it, from one perspective, the Best Tournament Ever. By that, I mean the tournament that I have had the most personal success at. I played 9 games, lost to only two teams, and refereed 11 games. All but one of those 20 games was on the first four days - I saved myself for the Bronze medal game on the Friday.

For the past two years, Flinders Uni has not won a single game of Touch Football at the AUG. This year was a bit different.

We started by playing University of NSW, who we expected to be quite tough. Indeed, after my initial touchdown at the very beginning of the game (I think I caught them off guard) they scored a few early touchdowns, and at one stage were up by about 3. However, we clawed our way back to a first victory, 5-4.

With the team then on a high, we played Charles Darwin Uni, who were one of the less strong teams in the competition. We played very well, and consistently kept on scoring. 16-0 was the final score, which would later prove to be an important victory.

Day two came, and half the team was still drunk by the start of the 11am game. This one was a different story to the previous day, with Queensland University of Technology up first. They were a much faster, more polished team, and we didn’t manage to overcome them. Final score: 5-11, although in the second half, I think we actually outscored them by one. (On a personal note, in this game I scored 4 touchdowns, and passed the ball to James who scored the other. It was probably the best individual game I played all week).

Second game of the day was against University of Sydney, who turned out to be our best friends by the end of the competition. This game was played in great spirit, and resulted in a draw, with 5 touchdowns apiece.

Day three was still at the State Netball and Hockey Centre, and we started off with ACU, who only started the game with 5 girls, and no boys. Technically this is not allowed (there must be at least one male and no more than three on the field at any time), but we let them play. It was only a couple of minutes before the rest of their players arrived, but the final score was 11-4 our way. By this stage, we were in second place in our pool, and actually thinking for the first time that we might make finals.

The last game at SHNC was against LaTrobe Uni. Another not-so-close game, with us getting over the line with a comfortable 8-2. The fields were now in tatters, and thankfully we moved to Monash Clayton for the next day’s competition.

The final round game for us was against University of Technology Sydney. We were ahead of Sydney Uni only on percentage, and they needed to beat LaTrobe by 11 more touchdowns than us to knock us out of the semi-finals. We won our game 9-5, and Sydney won 13-1. It was that close - our touchdown difference was one better than theirs! In actuality, the first game of the tournament was what cost them their place in the final. They played CDU, and only won 9-0. They fluffed about 10 other touchdowns, many of them passing unnecessarily to a girl to get her to score her first for the tournament. Having said that, two of our boys didn’t make it until half time, so we played the first half of the game with one (and a bit) males.

Finals were a bit tougher. We played in the crossover game with the top-ranked team from the other pool, University of Notre Dame Australia, who were very polished. This was the only game I personally didn’t score a touchdown in, and we ended up losing this 13-1, our worst result for the whole tournament. QUT lost to the second ranked team in the other 1-vs-2 crossover, so we were set to face them for the Bronze Medal.

I wasn’t expecting us to have much success in our second run at QUT. They had twice as many boys (by this stage, we were down from 5 to 3 male players, I was limping on both legs, and both other boys were struggling too).

The game began with a bang. We scored first, followed by QUT. We then managed to score another three consecutive touchdowns, and were looking in a strong position. Eventually, however, QUT scored a couple more, and by the main break, we were only leading by one, 4-3. The second half proved too much for us, with us only able to find the scoreline once more, while they managed to get in another 6 touchdowns. Final result, 5-9. Better than our round game, but not good enough for the medal.

So, that was the playing stuff. I hinted earlier that the games were crappy in other ways. I personally refereed 11 games over 4 days, which was way more than I really wanted to. There wasn’t much choice - we were short staffed for referees, so I just coped. At the Monash fields, things were even worse, apparently. I think it turned out we ended up having the better of the referee situation, so I can’t complain too much.

It gets worse. On the first day, the fields were not even marked. Games started nearly two-hours late, and overall the organisation was just woeful. I kept making jokes that it was so poorly planned because it was in Melbourne, and I was only half joking. Last year the School Sport Australia champs were there, and again there were fuckups all over the show. I don’t know if it was Monash Sport this time, or if Touch Football Victoria had their fangs in the pot too.

Still, it wound up being fun. They haven’t announced the Green and Gold as yet, so that might still be a possibility. It would cap it off for me.