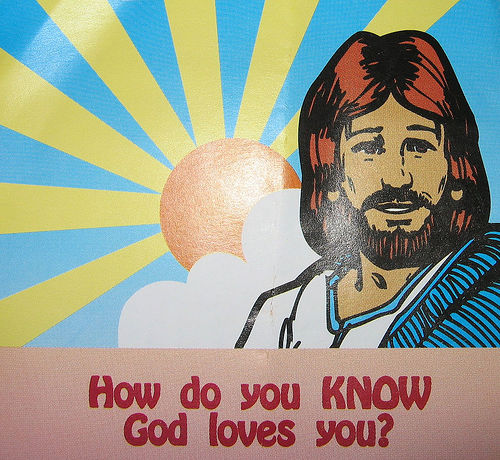 If you’ve been to church, you probably heard the Lord’s Prayer. If you go every week (I don’t, something about having to believe in God keeps me away), it might be beginning to sound like a broken record.

Okay, poor joke. I found this on the way to school yesterday morning, and it made me laugh. Perry Como is actually quite a good artist, other than in this case… Magic Moments • The Look Of Love: The Burt Bacharach Collection • Perry Como

I’d never really come across classical philosophy until partway through my Education degree. We did a philosophy of education subject, and around the same time I happened across Stephen Jay Gould’s books. And I realised how some historical figures - most notably Freud & Aristotle have shaped our ideas of the world. And in some cases held back the progress of science by decades, or even centuries. The most obvious examples are the elements, and the planets. Aristotle pushed for the acceptance of the 4 Elements theory - Earth / Air / Fire / Water, and it took centuries for more reasonable theories to take over. Four of anything is usually pretty neat - especially if you can pair them up on axes at right angles to one another and have a continuum. And having four elements means you can associate them with your four humours. Now there’s a classical mistake that cost countless lives! The furore over planetary gravitation is another cause of concern. The most worrying thing is that there were Classical Greek scholars who decided that the Earth orbited the Sun. But not Aristotle. Think of where we might be now if we’d figured this one out 2000 years ago. Freud and his fixation on sex held back psychology decades. And his work was all based on half a dozen patients. Nothing like a small (non-random) sample size to skew results. I think I could formulate a coherent theory of mental illness related to facial hair with a dozen or less carefully chosen subjects. And now I read (and realize) we have more than 5 senses. And the whole sight-sound-touch-taste-smell gimmick is down to the big A. I mean, it’s obvious to anyone who’s had a cold that taste and smell aren’t independant. And you can ‘feel’ when you are in a changing gravitational field, like an accellerating elevator. And there are others I hadn’t even thought of. We sense when we are hungry, or need to urinate. We know where our limbs are. NewScientist had an article naming 21. But my favourite is the Circadian Rhythm. Knowing when to get up. I think mine is broken.

I don’t have the newspaper article in front of me, but I am riled up by this story. Basically, some church-type fellows have raised a petition about some “anti-religious” laws, that, apparently, “limit people’s right to free speech.” Now, before we get started, let me state that Australia, and South Australia do not have the same rights to free speech for citizens as the USA. Secondly, one of the arguments that is made by the preacher in the article is that it will erode moral values. What makes Christians think they have the dibs on morality anyway? Because the bible tells them so? Let’s have a quote from the bible:

Suppose you go to war against your enemies and the LORD your God hands them over to you and you take captives. And suppose you see among the captives a beautiful woman, and you are attracted to her and want to marry her. If this happens, you may take her to your home, where she must shave her head, cut her fingernails, and change all her clothes. Then she must remain in your home for a full month, mourning for her father and mother. After that you may marry her.

Okay, so according to Deuteronomy 21:10-14 you can take a woman against her will. Nice. We call that rape. But it doesn’t stop there:

Make ready to slaughter his sons for the guilt of their fathers; Lest they rise and possess the earth, and fill the breadth of the world with tyrants.

When a man strikes his male or female slave with a rod so hard that the slave dies under his hand, he shall be punished. If, however, the slave survives for a day or two, he is not to be punished, since the slave is his own property.

Wait, this one’s a triple-whammy. Firstly, it’s okay to own slaves. Secondly, it’s okay to beat slaves, as long as they don’t die from it. Thirdly, if they survive for a day or two, and then die, well, that’s okay too. (Exodus 21:20-21) So, how’s your moral superiority looking now, Mr. ne’er-do-evil god-bothering preacher. I’d guess more people have been killed by believers than non-believers. I reckon it’s we atheists who can take the moral high ground. I spit on your vile, disgusting, misogynistic, racist, slavery-supporting, hate-creating religions. Ahh, that feels better. Finally, a bible smaller than the brains of the pinheads who believe it is the word of god.

Found this one on Boing Boing, and just had to pop it up here: 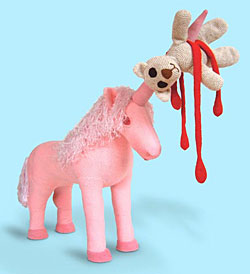 Radaractive: Darwin is Dead-The Carnival!!! Aargh! I could only read about two of the Creationist bullshit-filled comments, and my head nearly exploded. Hardly what I’d call Critical Thinking, chaps.

My results: I am Spider-Man

You are intelligent, witty, a bit geeky and have great power and responsibility.

I’m most of the way through the abridged version of the Da Vinci Code, as read by Jeff Harding. I think I’ve come across a Big Plot Flawâ„¢, but be aware that this post contains a plot spoiler.

Now, gazing up at the spires of Rosslyn… • Dan Brown • The Da Vinci Code

Apparently, Teabing is The Teacher. He seems to have been the driving force behind the murder of the Grand Master, and the Senechals. However, there are two issues here: how did he get out of the back of the car, and how come Remy did not recognise him at their meetings? Or maybe I’m missing something here? Time to Google thisâ€¦ • Yup. Wikipedia shows that Teabing is the Teacher. But no mention of how he got out of the back of the car, nor how Remy did not recognise him. In fact, it says they are in cahoots. Yet Remy was approached by the Teacher to spy on Teabing. I don’t get thisâ€¦perhaps this is dealt with better in the full text.

Everybody Hurts • R.E.M. • Automatic For The People