Bitter Brew - I opened a charming neighborhood coffee shop. Then it destroyed my life. By Michael Idov Damn. There goes my Summer plan for a Coffee Shop at Robe…

Some time ago, I wrote a replacement script for the Quicktags that are present in the Blogsome backend. It seems that they have been implemented! You now have the ability to put <abbr> and <acronym> tags into a post, quickly and easily. Also, it’s possible to get the characters < and >, without having to remember what they look like. Try it out!

I’ve been looking for a halfway decent textbook to use in my High School Electronics classes, and as yet haven’t come up with anything that even comes close. However, I’ve just discovered a couple of sites that might have some pretty good info on them:

I’ll have to examine them a bit - one of them looks like it might be pretty good to use for the whole course outline for the Year 11/12 courses.

We were just about to head off to Robe - literally, we were just packing bags ready to go, when Jaq came across some termites in the linen press. It’s a little too hard to tell how widespread the infestation is: the house had been damaged in the past, some time ago (long before we bought it), but we weren’t expecting to find any more. So, this has put the holiday on hold for a couple of days - we are having a guy come out for a quote tomorrow at lunchtime, and hopefully will be able to head off shortly after he has been here.

I wrote a Gravatar modifier for Smarty: {$comment->comment_author_email|gravatar:"default":     size:"rating":border} For example, to use no default image, and limit the size to 40x40 pixels, you’d use: {$comment->comment_author_email|gravatar:"":"40":"":""} Notice the double quotes where the argument is missing, and that (in this version) you actually need to include all of the arguments. (I’ve updated this, but haven’t tested it fully yet). Anyway, here’s the code:

Reading Maria Tumarkin’s review of Hazel Rowley’s book Tête-à-tête, a ‘biography’ of Philosopher Jean Paul Sartre and Feminist Simone de Beauvoir’s relationship, kept reminding me, on some level, of the relationship between the two step-sibling protagonists in the 1999 film Cruel Intentions.

Fascinated more by the power inherent in a sexual relationship than the act itself - apparently Sartre wasn’t that into sex - both couples were often competing for the affections of an often younger, more vulnerable female.

The key thing that twigged me to this similarity was the fact that Sartre apparently couldn’t wait to finish the job, and get in touch with de Beauvoir and let her know he’d achieved a successful seduction, and de Beauvoir, in the relationships she initiated with other women saw her taking a much more aggressive rôle.

The ending wasn’t quite the same - Sartre and de Beauvoir seemed more than happy to continue their work indefinitely, wheras Sebastian (Ryan Phillipe) fall for one of his victims, Annette (Reese Witherspoon), and ultimately died as a good person, who had finally, genuinely felt true love. However, the feel of the relationship between them is similar - Sartre and de Beauvoir apparently stopped “sleeping together”, and their relationship was based purely on sharing partners, wheras Kathryn and Sebastian never slept together, and had a lot of sexual tension between them that was never consumated.

I received this Spam yesterday:

I’m impressed with your professional website related to nail gun.
My website is a NON-COMPETING informational site offering collections of articles, diagrams, and other publications that relate to and may help supplement your website. Since some of your site visitors may be interested in learning more about nail gun, feel free to link to my site. By linking to my site, you will be adding value to your own site by providing relevant content for your site visitors. Following is the link I think will be the most helpful for your customers: http://www.braindex.com/products/55+-NAIL-GUN-RELATED-PATENTS-ON-CD-435.htm.
Please visit this link yourself and consider inserting it on your website.

Or, if you would like, you can make money by joining our growing affiliate program!
It’s very simple. First, you take 10 minutes to register for FREE as an affiliate (detailed, step-by-step directions are provided at http://www.braindex.com/affiliates.htm).
Then you place links to our site on your web pages. When somebody clicks on one of those links and purchases one of our informational products (again, we are not selling a competing product but rather an informational package about nail gun), you get a 50% commission on the sale. We handle all the adminstrative stuff and send you a check each month. There are no sign-up fees or membership fees of any kind…ever! Once you register and post the links (which is free and will take you all of 10 minutes), you don’t have to do a thing except watch the commissions come rolling in!

If this sounds like something you would like to do, please consider going to the given link and follow the simple directions on how to join!

Thank you, and have a great day!

Dear Kristen, Clearly, you haven’t read either the post to which you refer, nor the other posts on this site. I am not running a Professional Nail Gun website. In fact, the only reference to a Nail Gun is bagging the company that supplied it. So, no, I won’t be joining your affiliate program, and I won’t be clicking on your link.

No talking this week, I’ll let them stand on their own. 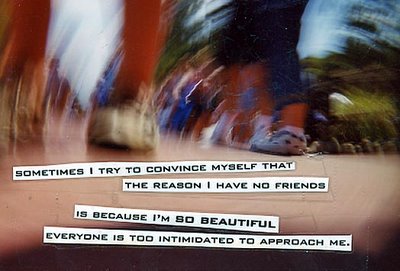 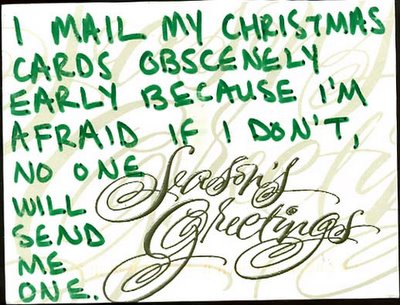 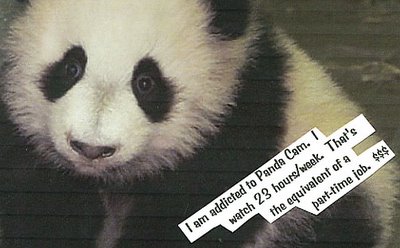 submitter I noticed this when looking through my referers tonight. It appears to be a Spam Comment entering system. Nasty stuff, by the look of it! I hope someone who knows something can do something with/about this.